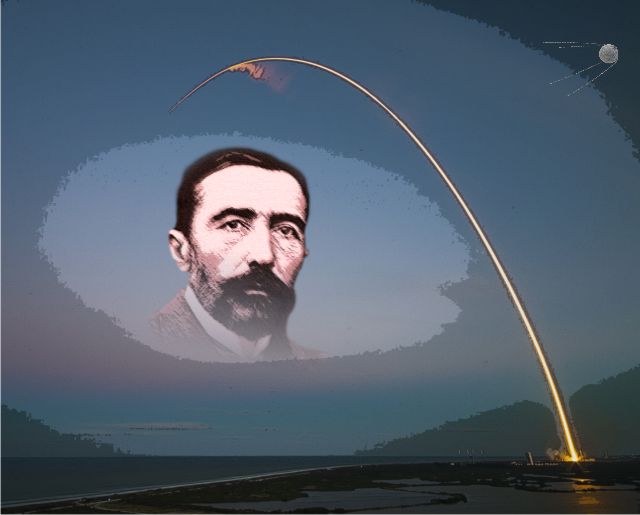 Joseph Conrad-Korzeniowski was a man of three cultures: Polish, French and English. His biography and works have inspired various artists representing different media: (visual) literature (comics, graphic novels), film, music, art installations, murals and computer games. The purpose of the seminar is to discuss and make known the achievements of national artists inspired by Conrad on an international scale, exchange the knowledge of multifarious cultural events connected with this writer in particular countries  (film and literature festivals, theatre performances, graphic installations, etc.) and last but not least, enhance the understanding of his Polish background.

In times of severe social turmoils and hostile nationalistic discourses, the transcultural dimension of Conrad’s life and writing provides a platform for the exchange of different visions of cultures and societies. Discussing the achievements of modern artists who draw inspiration from his oeuvre will build bridges of collaboration between international scholars representing different cultural backgrounds. The seminar will popularize diverse artistic performances, resulting in a better understanding of various discourses, ways of life and religious practices. We believe that by organizing an international debate on the works of artists inspired by Conrad, we can enhance divergent cultures’ appreciation. Finally, we wish to prove that Conrad, ‘a Pole and a gentleman from the Ukraine’, a borderland author, can provide a relevant perspective on political conflicts, migration and economic inequalities today.

Veronique Pauly is senior lecturer at the University of Versailles-St-Quentin-en-Yvelines/University of Paris-Saclay and researcher at the Centre d’Histoire Culturelle des Sociétés Contemporaines. She is President of the French Conradian Society and has published on Joseph Conrad and contemporary British writers. The title of her presentation is: Affiliations in Joseph Conrad’s Under Western Eyes and J.M. Coetzee’s The Master of Petersburg.

Professor Laurence Davies is a Visiting Senior Research Fellow at King’s College London. General Editor of the Collected Letters of Joseph Conrad and editor of the Selected Letters, he is now at work on the Oxford Ford Madox Ford. Other interests include comparative literature, microfictions, speculative fiction, and R. B. Cunnninghame Graham. The title of his presentation is: Contexts, genres, and transformations: Conradesque novels by Robert Silverberg and Henri Bosco and their second lives as bandes dessinées.

Josiane Paccaud-Huguet is Emeritus Professor of Modernist literature at Université Lumière-Lyon 2. She is also a psychoanalyst. She has published extensively on Conrad and other Modernist writers, especially K. Mansfield, V. Woolf and M. Lowry. In collaboration with Claude Maisonnat she has published a monograph on Conrad (Conrad, Les Cahiers de l’Herne, 2014) and a critical edition of Au Cœur des Ténèbres (Gallimard, 2018). Her paper will be on Fear and anxiety in Typhoon.

Michel Arouimi « maître de conferences habilité » at the Université du Littoral, has published 25 books on literature, cinema, pop culture and numerous articles on famous writers, whose works are an inquiry on the function of harmony in art.  The title of his presentation is Conrad in the writings of Michelangelo Antonioni.

Professor Robert Hampson FEA, FRSA is currently Research Fellow at the Institute of English Studies, University of London, and Chair of the Joseph Conrad Society (UK). He is the author of three monographs on Conrad – Joseph Conrad: Betrayal and Identity (1992); Cross-Cultural Encounters in Conrad’s Malay Fiction (2000) and Conrad’s Secrets (2012) – and a critical biography (Reaktion, 2020). His paper will be on Conrad and Transcultural Belonging.

Nathalie Martiniere is a full professor at University of Limoges (France) where she teaches literature. She is the author of Figures du Double: du personnage au texte (2008) and co-edited Rewriting in the 20th-21st Centuries: Aesthetic Choice or Political Act ? (2015). She is the editor of L’Epoque Conradienne. Her paper will be on The Shadow of Joseph Conrad Haunting Contemporary Fiction.

Catherine Delesalle-Nancey is a Professor in the English Studies Department of University Jean Moulin-Lyon 3, France, where she teaches twentieth and twenty-first century British literature.  She has published many articles on J.Conrad (notably in L’époque conradienne and The Conradian) as well as on M. Lowry. She contributed two articles to the French volume of Les Cahiers de l’Herne devoted to Conrad (2014) and published a monograph on Lowry: Répétition, ressassement et reprise dans l’œuvre en prose de M.Lowry (2010). Her paper will be on Heart of Darkness and its influence on Caryl Philips’ Higher Ground

Kim Salmons is an associate professor at St Mary’s University, London and Conference Secretary of the Joseph Conrad Society UK, has published two monographs on food and literature. Her most recent publication is a co-edited volume with Professor Tania Zulli: Migration, Modernity & Transnationalism in Joseph Conrad. The title of her presentation is Conrad and the Carmelites: Faith, Food and the Contemporary Imagination.

Joanna Skolik, associate professor at University of Opole, Poland and Secretary of The Joseph Conrad Society, Poland. She has published a book on Conrad’s ethics and numerous articles on Conrad, poetry and rock texts. Together with Z.Najder she has edited Polskie zaplecze J.Conrada-Korzeniowskiego (J.Conrad-Korzeniowski’s Polish Background). The title of her presentation is Conrad, Fudakowski and  their Secret Sharer.

Karol Samsel, assistant professor at the Section of Literature of Romanticism of the Faculty of Polish Studies at the University of Warsaw. Member of the Joseph Conrad Society (Poland), works on the issue of Conrad & Polish Romanticism. Author of the volume Norwid – Conrad. The Epics in the Modern Perspective, publishes frequently in “Yearbook of Conrad Studies (Poland)”. The title of his speech is Joseph Conrad and Olga Tokarczuk. An attempt at a cautious approach.

Daniel Vogel, senior lecturer at the University of Applied Sciences in Raciborz, Poland; member of The Joseph Conrad Society, Poland, has published a book and numerous articles on postcolonial literature and Joseph Conrad. His most recent research is on finding the traces of Conrad in the fiction by Stanisław Lem.  The title of his presentation is: Loneliness of a migrant: intercultural experience of Joseph Conrad and Stanisław Lem and its presence in their selected works.

Agnieszka Adamowicz-Pośpiech, associate professor at University of Silesia, Poland and Vice President of The Joseph Conrad Society, Poland, has published four books on modernism and translation studies (the most recent is Travels with Conrad, 2016) and numerous articles on Conrad, H. Pinter, W. Golding, J.Verma, T.S. Eliot, G.B.Shaw. The title of her presentation is Conrad in Graphic Novels.

University of Silesia in Katowice, Poland